We plainly comprehend that you need not to lose, but rather to gain more cash over your time of work with us. That is the reason we dismiss all high-chance undertakings, that may prompt a quick heap of money out of the blue however to a primary capital's misfortune the second time.

When Internet of Things (IoT) shot to popularity, it apparently seemed beneficial to B2C market and that its role in B2B space was minimal. This notion was proved wrong when software giant Microsoft teamed up with KPMG to expedite digital transformation process through IoT.

IoT is an abbreviation of Internet of Things, a network of connected networks, things, devices to enable communication, collect information without human intervention. IoT intersects every business unit and industry creating impact with the power of connected devices.

In a recent survey conducted by IOT Barometer, nearly 67% of respondents have said that there would not be digital transformation without the Internet of Things while remaining 33% didn’t know or can’t say anything about it as of now. 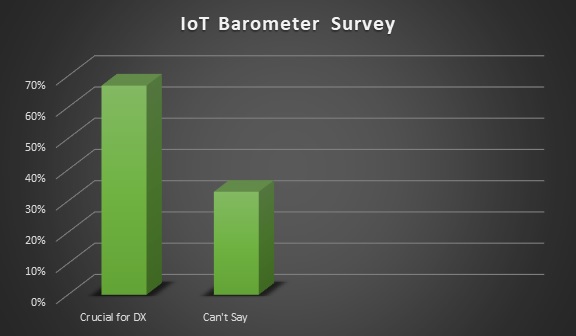 In fact, a similar technology was introduced as a custom rollout to General Motors when the company a replacement to its expensive relay switch automation in the late 1960s. Bedford Associates provided SCADA controller, that remotely controls the equipment and even records the data into a log file. The current IoT that’s trending is an advanced version of SCADA. In fact, it’s an umbrella for all the devices that can be connected to the internet.

Industry experts opined that in the next two years, at least 50 billion connected devices would be prevailing. However, according to IFS’ research, IoT is still in its initial stages and is limited to purpose-driven as industries are using the technology to address the immediate issues.

Medical Services: Several health devices sold to the patients are embedded with special sensors, which will integrate with the remote computers through the internet and upload the real-time data about the patient’s vital signs and other crucial information. The technology has already been implemented and caretakers/ medicos of patients were able to quickly press emergency services into action upon receiving an emergency alert notification.

Commercial Aviation Industry: Aerospace industry is leveraging IoT techniques for collective massive amounts of data, which will be used to know the engine thrust, requirements, and repairs. In fact, Rolls Royce tied up with Microsoft to implement sophisticated IoT techniques for its commercial airplanes.

Retail Industry: The Retail industry is fast catching up with IoT. It isn’t all about devices that are connecting to the internet, it’s more to deal with the data and insights, which is crucial to understand the consumer behavior through their purchase patterns, etc. In 2016, two companies—Capgemini, Intel in coordination with Consumer Goods Forum invested a decent amount to investigate the benefits of IoT in the retail industry. The whitepaper brought to light a few basic questions with appropriate answers.

-Why should companies show interest in IoT?

-How can IoT impact consumer industry?

-How should companies embrace IoT?

Another study by Forrester said that at least 71% of consumers wanted the new inventories, at their regular stores, to be updated online for their easy access. Apparently, 61% of customers wanted their store managers to be equipped with a smart device and 69% of them said that they should be intimidated via smart devices about offers, and they were willing to share the location.

Conclusion: The common IoT technologies, although cost-effective, to be implemented due to its robust pay-as-you-go model, it demands companies to shell out a few extra bucks to leverage the technologies for digital transformation. The onus is on enterprises to understand that IoT and digital transformation can’t be viewed separately as they complement each other, and IoT, in fact, accelerates digital transformation. If you still find the collaboration tricky and want to learn more about IoT benefits, please get in touch with Techwave at info@techwave.net.